Terry Markwart, a senior leader at Canon, was a long-term collaborator with educational leaders at the National Technology Leadership Summit (NTLS). This included development and publication of Teaching with Digital Images as digital cameras first became widely available. This was followed by Teaching with Digital Video as digital video became ubiquitous. The chapters of these books were authored by leaders in science education, mathematics education, language arts, and social studies. At the time that they were published, both books were among the top ten best-selling educational technology publications. 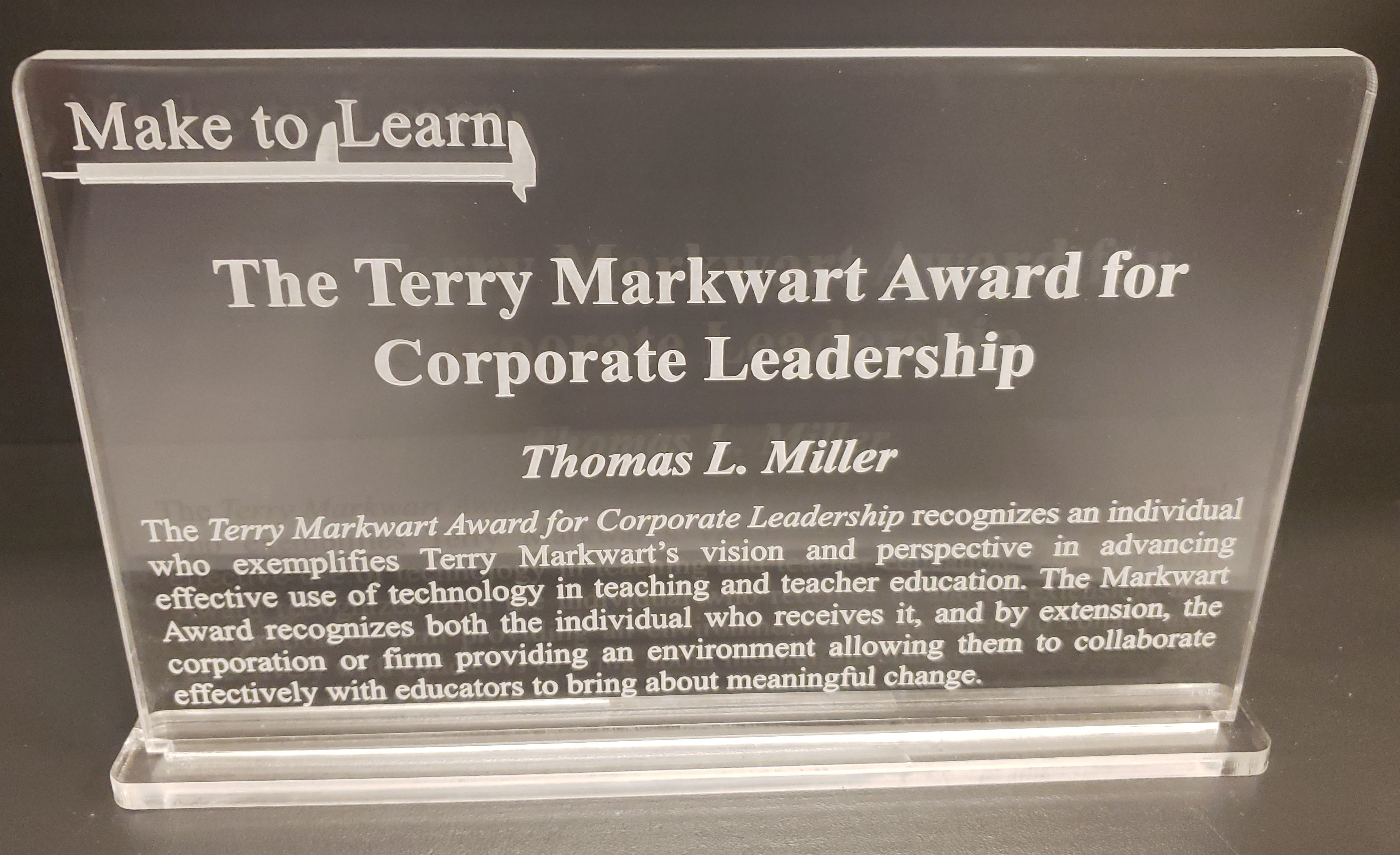 The Terry Markwart Award for Corporate Leadership was established in 2015 after Terry passed away. This award recognizes other corporate leaders who exemplify Terry’s vision and perspective in advancing effective use of technology in teaching and learning. Tom Miller, who served as Canon’s director of product development and innovation in Canon’s inkjet division, worked closely with Terry. 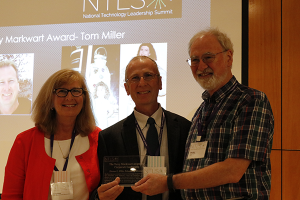 Tom continued Terry’s work with NTLS leaders, contributing to efforts to develop the first Computer-Assisted Design (CAD) programs designed specifically for educational use. This effort ultimately impacted his personal as well as his professional life. NTLS leaders had collaborated with Nick Sanham to develop an early educational CAD program, FabLab Model Maker. After a career as a nuclear engineer in the British navy, Nick entered a new career as an educational software designer. The programs developed allowed children to design and fabricate three-dimensional objects created with materials such as folded cardstock.

One of Nick’s first examples, a model of a NASA rocket, proved to be inspirational. Tom shared an early prototype of FabLab Model Maker with his middle-school daughter, Sara. During the holiday break, Sarah used FabLab Model Maker to apply to a NASA space camp. NASA leaders subsequently told Sarah that her three-dimensional model created with FabLab Model Maker was one of the key reasons that her application was accepted from among the hundreds of other entries.